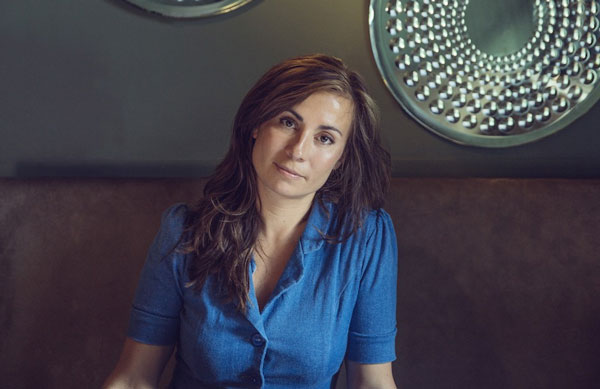 Check out my resume on LinkedIn.

I was born in Moscow. Just before the fall of the Soviet Union, my parents immigrated to the Netherlands. From my Russian upbringing, I inherited the love for literature and theatre, and a even more the love for (telling) stories. I’m a generalist and I like to know a bit about everything. Being open and sociable helps me to encounter stories and friends. At this moment I live in Amsterdam, with my husband, composer Jesse Koolhaas and our children.

I work as an independent cross media researcher and creative producer for documentary radio, television, film and commercials. Together with others I develop engaging projects on the intersection of media, technology and art. I am professional, flexible and able to easily move among different people and in various social environments.

My final years’ projects include development and impact campaign of the feature documentary ‘Bellingcat – truth in the post truth world‘ (Emmy Award winner for best feature documentary 2019), research for Netflix original series ‘Human Playground’ (now in production) and my own project ‘Our Success story‘. Supported by the Amsterdam Art Fund (AFK) in 2020 I’m able to experiment with radio, theatre and VR)

I studied Communications (at the University of Amsterdam) and Cultural Studies (at the Vrije Universiteit) specializing in Word & Image in film. Slowly I realized that I want to tell stories of my own. In 2008 I was admitted to the Media Academy in Hilversum where I completed my Masters Degree in Crossmedial storytelling. I am trained as a writer, researcher, presenter and producer for radio and television.

Yula is a passionate radio producer, full of great ideas. I have worked with her a lot on both the documentary program Plots and the 1-Minute series. She made wonderful stories such as the 1-minuut “Opera is een beetje drama”, which is unforgettable.

Yula Altchouler worked on several episodes of my Russia-series for the VPRO. She was a real asset to these productions, because of her positive attitude and her original ideas.

Yula is a true storyteller. One can feel that she is sensitive and involved. She sees opportunities everywhere and has a great network. Yula is authentic and straight in her communication. And perhaps most importantly, she is someone you can have a tremendous laugh with! I had the pleasure of working with her and would do it agian right away.